Our readings of the Second Sunday of Easter speak to us of 3 of the Apostles of Jesus, Peter, John and Thomas, 3 pillars of the church., a dimension of the church that is present up and down the ages.

In the first reading of our mass we hear about Peter, who days before cowardly admitted that he did not know Jesus, he is now the leader of the Church. In the Acts of the Apostles, we read how he is working signs and miracles among the people. They place the sick in his path so that his shadow might pass over them. We also read how many of the people were healed. Jesus was a miracle worker and this curing of sicknesses and diseases was a major factor in many people following Jesus and following Peter. Peter is a symbol of the apostolic dimension of the Church; of the church’s outreach to those in need the poor the infirm, etc. This is exactly what Pope Francis is doing, speaking about mercy reaching out to the margins of society. The church also accomplishes this dimension through the sacraments reaching out to sin-sick souls, sacramental healing (not only healing of body but also of the soul). This is the apostolic mission of the church.

In the second reading from the book of Revelation, we read about John, the beloved disciple. John stood faithfully by the cross when they all fled. In our reading we read about the elder John living in the island of Patmos, where he is given a vision of heaven. John stands for the contemplative dimension of the church. This dimension is just as important as the apostolic dimension which we saw in Peter. Think of the contemplative orders, monks, nuns, the Poor Clares and Sr. Faustina Kowalski a young nun who died in Krakow in 1938. Sr. Faustina was gifted with extraordinary experiences of the Lord Jesus. The most famous of the visions she had was the Lord revealing his most Sacred Heart from which radiated rays of light, both red and white. She saw this as a radiant force of Divine Mercy – today is Devine Mercy Sunday. It struck the young Karol Wojtyla that Sr. Faustina died on the eve of Poland’s crucifixion at the hands of the Nazis who invaded Poland on the 1stof September 1939. There are many examples of this contemplative dimension of our Church. Many people in the church today think that this contemplative life is a waste of time. If we take this dimension away from the church, the church will become a society of do-gooders, a social service organization (a NGO as Pope Francis said). It is important to point out that many of the great apostolic leaders of our church were profoundly rooted in the contemplative dimension, mass, adoration of the Blessed Sacrament, retreats, etc. This is the priestly dimension of the church. After Vatican II there was a lot of one sided focus on the apostolic dimension of the church and appreciation for this contemplative priestly dimension was lost. It is important to reach out to the poor but if that is all there is, the church will become something less than it should be. The apostolic dimension should be rooted in the contemplative dimension.

In our gospel today we have the figure of Thomas. What is it that makes him an attractive figure up and down the centuries, because he was unsure skeptical doubtful. In the gospel today he is hard headed, “unless I see the holes of the nails I refuse to believe”. Thomas represents the Theological dimension of the church; the church that stubbornly thinks about faith. Think of all the great theologians in our church, Justin the Martyr, Irenaeus, Augustine, Thomas Aquinas, Ignatius of Loyola, John Henry Newman, Joseph Ratzinger and St. John Paul II, all of these are followers of Thomas, a faith that seeks to understand. This dimension should not be divorced from the apostolic and contemplative dimensions and this happens in our church and many theologians have become skeptical and lost the faith. 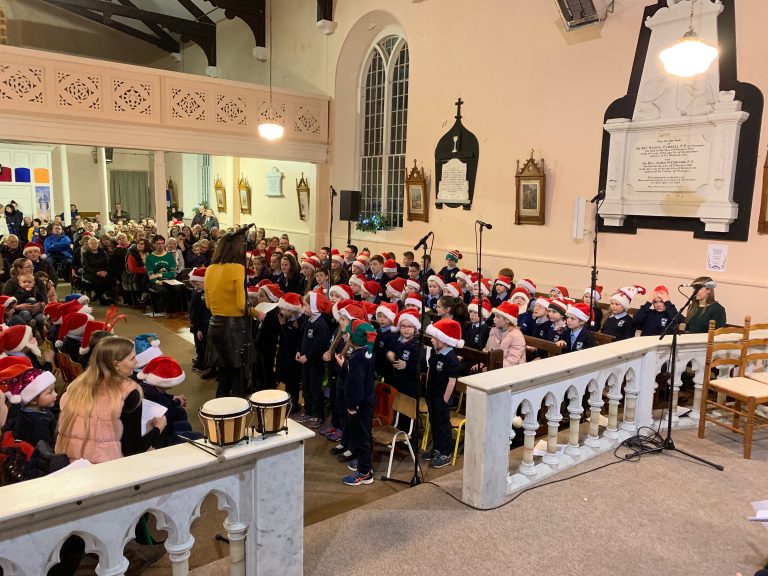